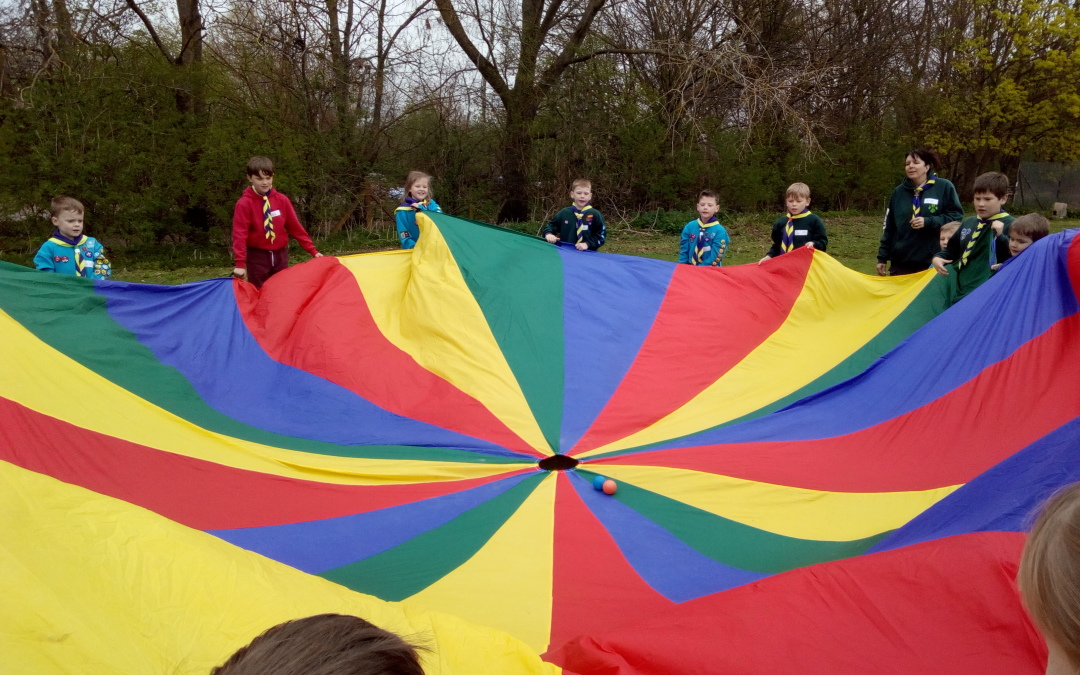 Last weekend we held a joint Beaver/Cub activity at the HQ and what an amazing day it ended up being.  The idea behind the day was to enable the Beavers and the Cubs to get to know each other better and to give the Beavers a chance to get to know the Cub Leaders.  It can be quite a scary time for a Beaver when they must leave their colony and move up to Cubs (they all seem so big – even the small ones) but by spending time getting to know both the Cubs and Leaders we believe that this transition can be made easier. It is also a lovely opportunity for the Beaver Leaders to catch up with their old Beavers and see how they have grown during their time at Cubs.

The day started with the Beavers and Cubs being mixed up and put into four teams. Then they played parachute games, followed by team games which gave them a good opportunity to work well together. They had built up an appetite by the end of the games so everyone stopped for lunch and the Cubs and Beavers mixed well and had a chance to socialise together. After lunch, each team had to erect a tent.  They had to work together and help each other and they all did this amazingly well.  All four tents were successfully put up.  The Beavers and Cubs then had the task of taking them down and packing everything away again. Next, they were all taught fire skills.  Every Beaver and Cub learnt how to make a spark using a flint fire steel.  Some of the older Cubs that had already learnt this skill were great at assisting the younger ones in doing this.  When everyone was able to produce a spark, each group then built their own fire.

Finally, one main fire was lit, and every Beaver and Cub were able to make, bake and then eat their own baked banana. 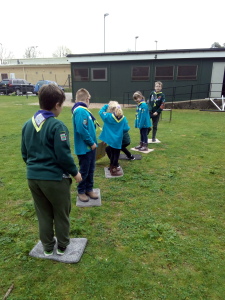 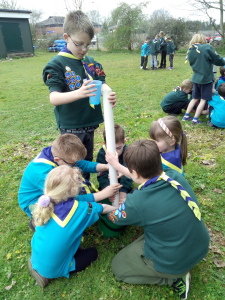 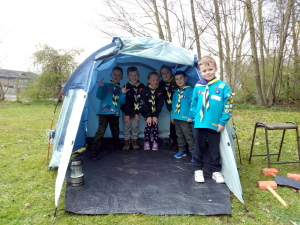 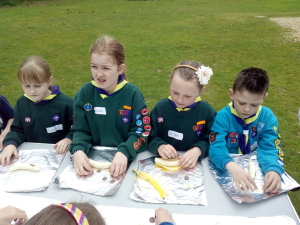 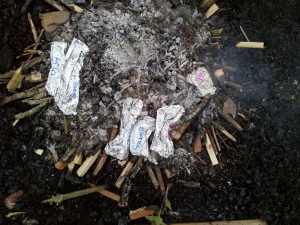