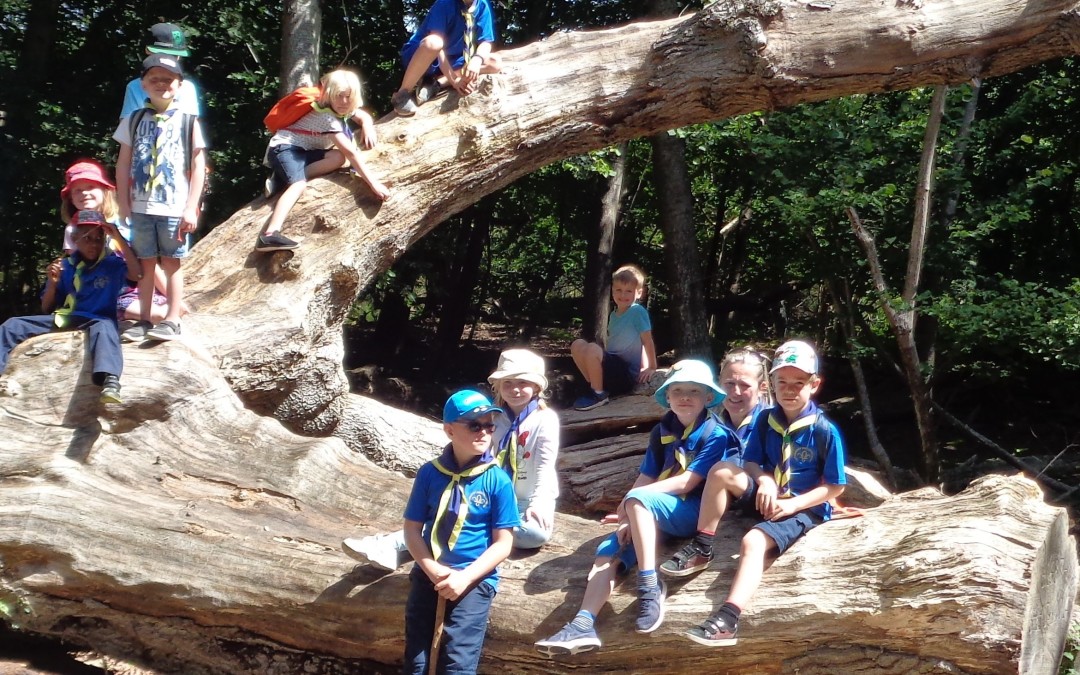 Last weekend the 12th Andover (West) took part in the District Beaver trip to Brownsea Island.  This means it was not only our colony on the trip but many other Beaver groups from Andover. We all travelled by coach to the ferry terminal at Sandbanks, where we all boarded the ferry to Brownsea Island.  On arrival on the Island each colony set off independently.

The 12th wondered through the wooded trail seeing an abundance of wildlife along the way.  There were the many chickens that each got given a name from one of our Beavers. The dragonflies, the peacocks (more on them later!) and the Sika deers.  We only saw one of these, a young one, but we were lucky to get very close.  Not surprisingly, we did not see any of the rather shy red squirrels.  I think we may have been a little too noisy for them! Our walk took us to the natural play area which the Beavers really enjoyed.  There was lots of space to climb, play and build dens and they all took advantage of the time spent there, before we had to move on again to our next stop, the famous Scout Stone.

We settled ourselves in the shade of the trees near to the Scout Stone for lunch and not long after the sandwiches came out we soon had company – the peacocks!!  Rowan and Meadow soon chased them away (and kept chasing them away each time they returned, peacocks are very determined!) so that everyone could enjoy lunch. After lunch we gathered with all the other Beavers from our District and everyone renewed their promise around the Scout Stone.  It is there to commemorate Lord Baden-Powell the founder of the Scout and Guide Movements.  The stone is placed on the site where in August 1907 an experimental camp of 20 boys took place, this was the world’s first Scout camp.

Our colony then set off again.  This time, to the beach.  Beavers had been told ahead of the day that if they wanted to then they could paddle and to bring a flannel with them to dry their toes!!  Despite removing shoes, socks and where necessary rolling up shorts or trousers by the end of the “paddle”, the colony overall was soaked, but what was blatantly obvious was, they had a fab time getting wetter than we had planned them to!  The flannels did indeed dry their toes so that shoes and socks could be replaced, before heading off again.

By now, it was now time for us to start heading back to catch the ferry.  Due to the amazing weather the Beavers soon dried out on the walk.  They just about had time for an ice lolly before climbing aboard the ferry and heading back to Sandbanks to meet our coach and make the return trip home.

A huge thank you must be given to Rowan (Charlie) for making this day possible, not only for our group but for all the Beaver groups in Andover.  It is a huge responsibility to organise such a trip for so many people and so we thank her for doing that and doing it so well.  The many happy memories that were made last Saturday would not have been without the time and effort given by Rowan to make the day happen.

One of the Beavers gave a one-word summary of the day and that word was “awesome”! As always, the 12th Andover (West) really are the best. 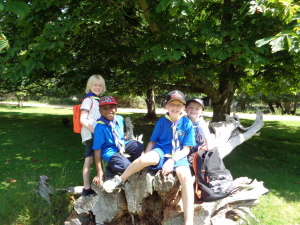 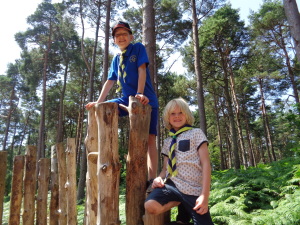 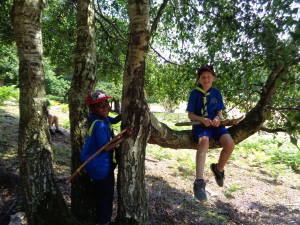 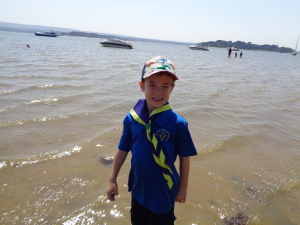 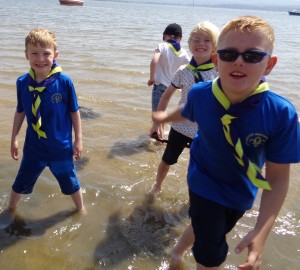 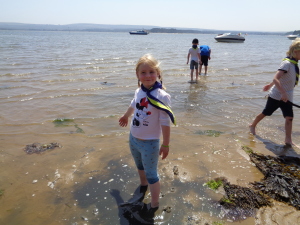