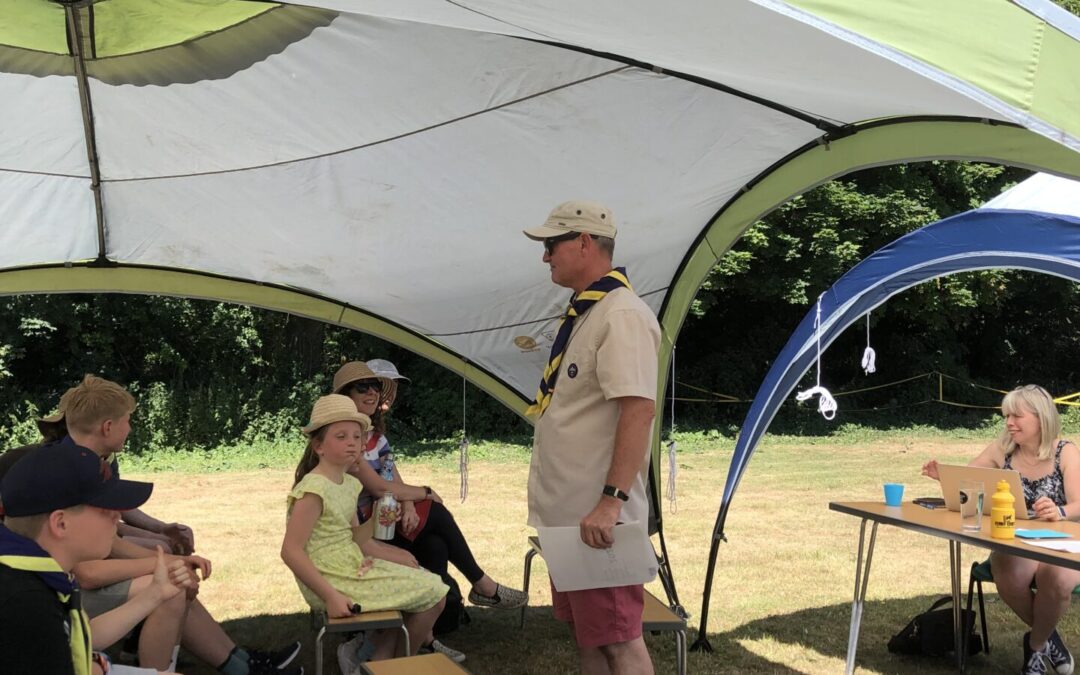 We recently held our AGM and award event at the HQ and it was a great success. Despite the heat, many of you were able to attend and those that did enjoyed a bouncy castle, lots of games, a great BBQ and of course the AGM itself with lots of awards. Under some event shelters for shade, Bagheera explained to all present the recent changes at the group as well as the financial position and that was followed by awards for Beavers, Cubs and Scouts.

There were lots of awards for Beavers and Cubs and the Tom Cable award for special achievement this year went to Dylan from scouts.

We also gave thank you awards to Ben Webster who has given lots of time to the Scouts and has just achieved his Young Leader Badge and to Craig Fisher who has been helping out the 12th for the past year as leader as well as leading at another group.

Lastly we want to say a big “Thank you” to Simon Pay who suffered in front of the BBQ on a very hot day so that we could all eat – we are very grateful to him.

Thank you to everyone who attended and who took part – it has been a good year for the 12th.